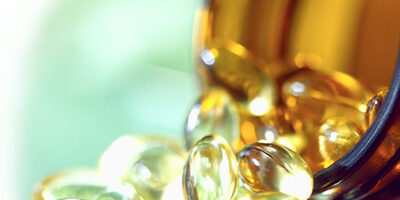 Six weeks of consuming a polyphenol-rich juice may slash blood pressure, with the effects even more pronounced in those who need it most – hypertensives, says a new study.

Adding blackberries to the mix did not significantly affect the results, wrote researchers from the University of Oslo and the Norwegian Institute of Food, Fisheries and Aquaculture Research in the British Journal of Nutrition .

The Norwegian researchers recruited 134 healthy people aged between 50 and 70 to participate in their 12 week randomized, double-blinded, placebo-controlled trial. The participants were randomly assigned to one of three groups: The first group received a placebo group, the second group received the juice made from red grape, chokeberry, cherry and bilberry called MANA Blue; and the third group received the MANA Blue with additional blackberry juice, which they called Optijuice.

Systolic blood pressure was reduced by an average of 6.9 mmHg for the combined polyphenol groups after six, compared to placebo, but no differences with placebo were observed after 12 weeks, they wrote.

“We were surprised to observe that the reduction in systolic blood pressure was most evident in the intervention group after 6 weeks (6.4 mmHg, pooled group) while only a 0.8 mmHg further reduction was detected between weeks 6 and 12,” they wrote.  “This time course could reflect the reduction of anthocyanins we observed in both juices over time. However, we did not observe any differences in the effect on SBP1 between the Optijuice and the MANA Blue groups at neither 6 nor 12 weeks, although the Optijuice contained five times more anthocyanins at both time points.”

“If future studies can confirm these findings, we suggest that such juice may be beneficial for subjects with high blood pressure and may contribute to postpone introduction of hypertensive drugs.”